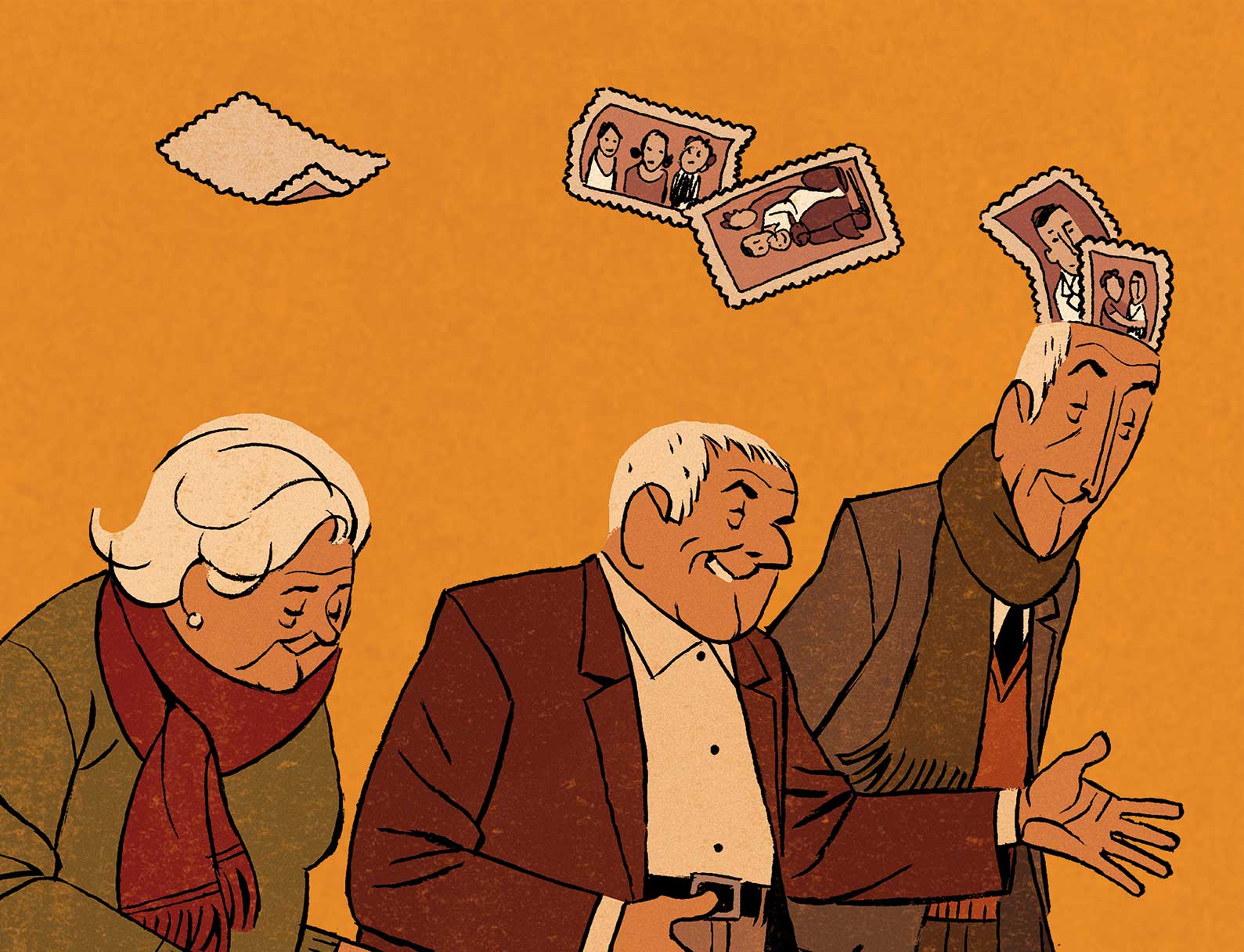 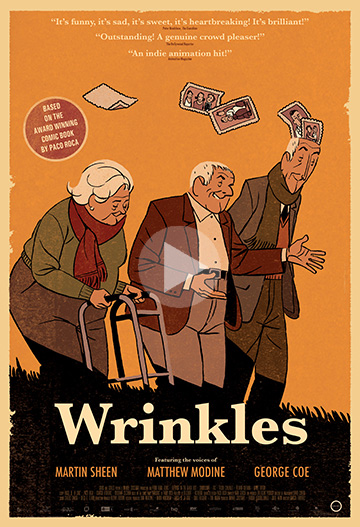 A cast of eccentric characters rebel against authority in this wonderfully animated and poignant comedy for adults. The story opens with former bank manager Emilio being dispatched to a retirement home by his family. His new roommate is a wily wheeler-dealer named Miguel, who cheerfully swindles small amounts of cash from the more befuddled residents but is also full of handy insider tips that are crucial to survival. Like One Flew Over the Cuckoo's Nest in an old folks home, we are introduced to daily pill regimens, electric gates, and nighttime joyrides, as the reality of Emilio's future life begins to sink in. Using hand-drawn animation, Wrinkles moves freely between the inmates’ daily routines and their more colorful, dementia-induced fantasies, leaving plenty of room for both tears and laughter as it pokes pointed fun at society's attitude towards the elderly.

20% of the proceeds from each sale will go to the Alzheimer's Foundation of America. The AFA provides optimal care and services to individuals confronting dementia, and to their caregivers and families, through member organizations dedicated to improving quality of life.

GKIDS distributes the best in independent animation from around the world. Sign up for news and updates!
- Filmmakers -

“I didn’t really make anything up. The real anecdotes are so good they couldn’t be improved. Emilio (the lead role) is the father of a good friend of mine... I also met a lady who spent all day sitting at a window, convinced she was on a train. To get her to eat something, she had to be told she was in the dining car.” - Paco Roca

Paco Roca began his career at El Vibora magazine, where he created his first published work, Road Cartoons, in collaboration with J.M. Aguilera. In 2001, he made his first solo publication debut with El Juego Lúgubre, inspired by the surrealist painter Salvador Dali, and with it made his first foray into the international graphic novels scene. Since then, he has created numerous works - Hijos de la Alambra; El Faro (awarded Best Script Winner by the Diario de Avisos of Tenerife); Wrinkles (winner of the National Comic Award and the Gran Guinigi Award, among others); Las Calles de Arena, published in Spain and France; and most recently, El Invierno del Dibujante, a story about the extraordinary generation of comic artists in 1950s Spain.

“I recall a conversation with a friend, an animation film director. He said, ‘You spend five or six years working on a film, and then you watch it and think: I’ve wasted five years of my life on this.’ I’d be happy making at least one really good film -- that would make it worthwhile. I am confident that Wrinkles will be that worthwhile film.” - Ignacio Ferreras

An animator and director, Ignacio Ferreras is perhaps best known for his animation work on Sylvain Chomet’s Oscar nominee The Illusionist, directing and animating the 1000c SMS Finals segment in Tokyo Olympics 2008 and his production work on Asterix and the Vikings. When he is not making films, he lectures at the prestigious Animation Workshop in Denmark, the National Film School of Denmark and at Volda University College in Norway.

In 2002, he directed and animated Channel 4’s acclaimed short film, How to Cope With Death, for which he was awarded the Jean-Luc Xiberras Prize for Best Short Film at Annecy, as well as 22 other international awards. 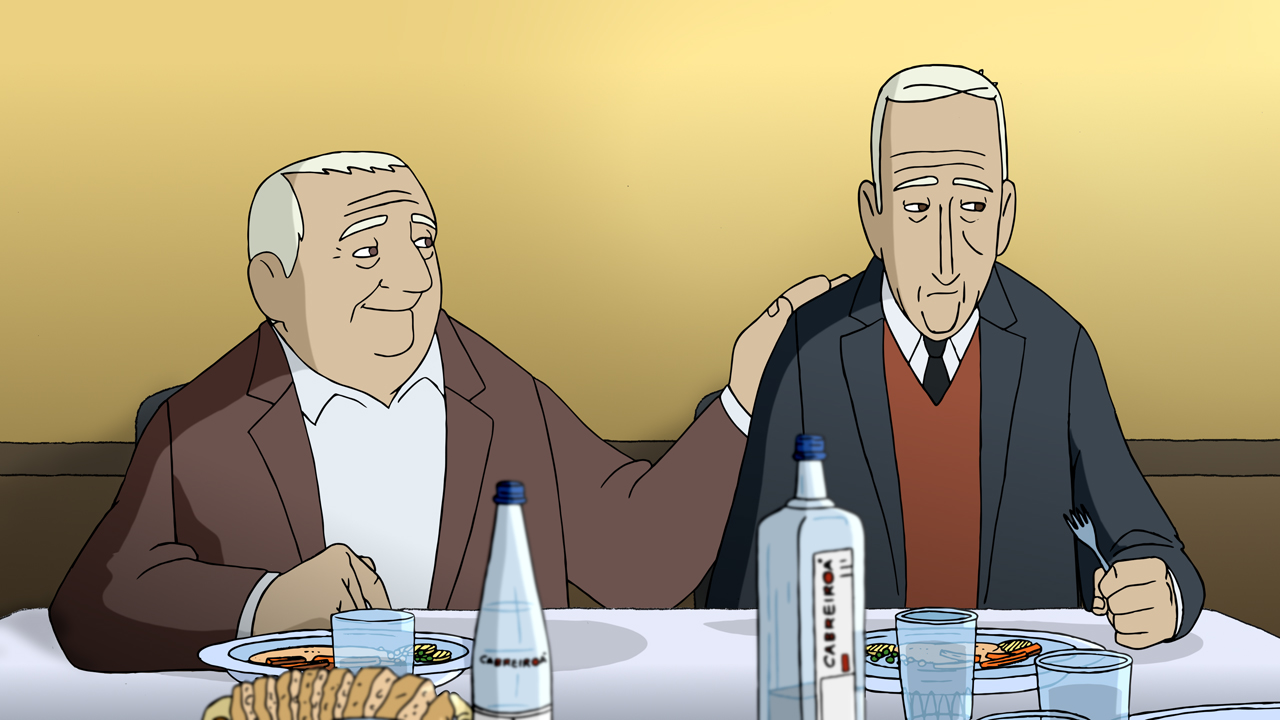 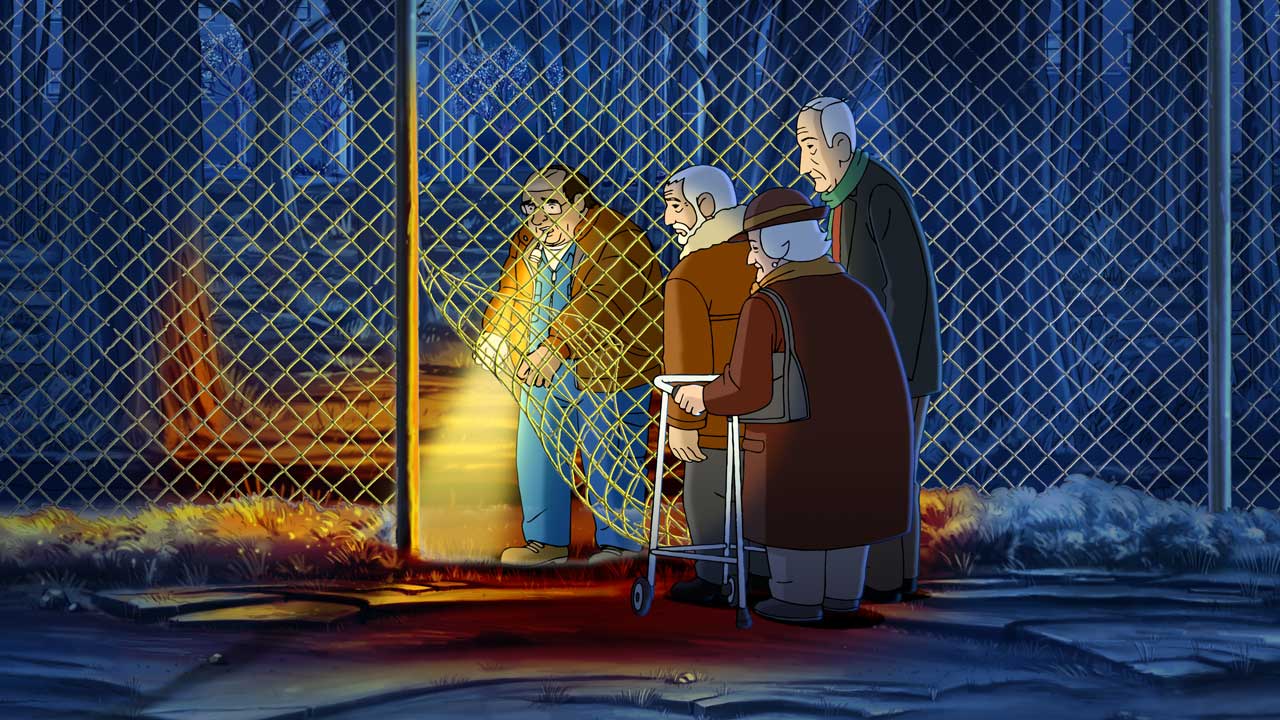 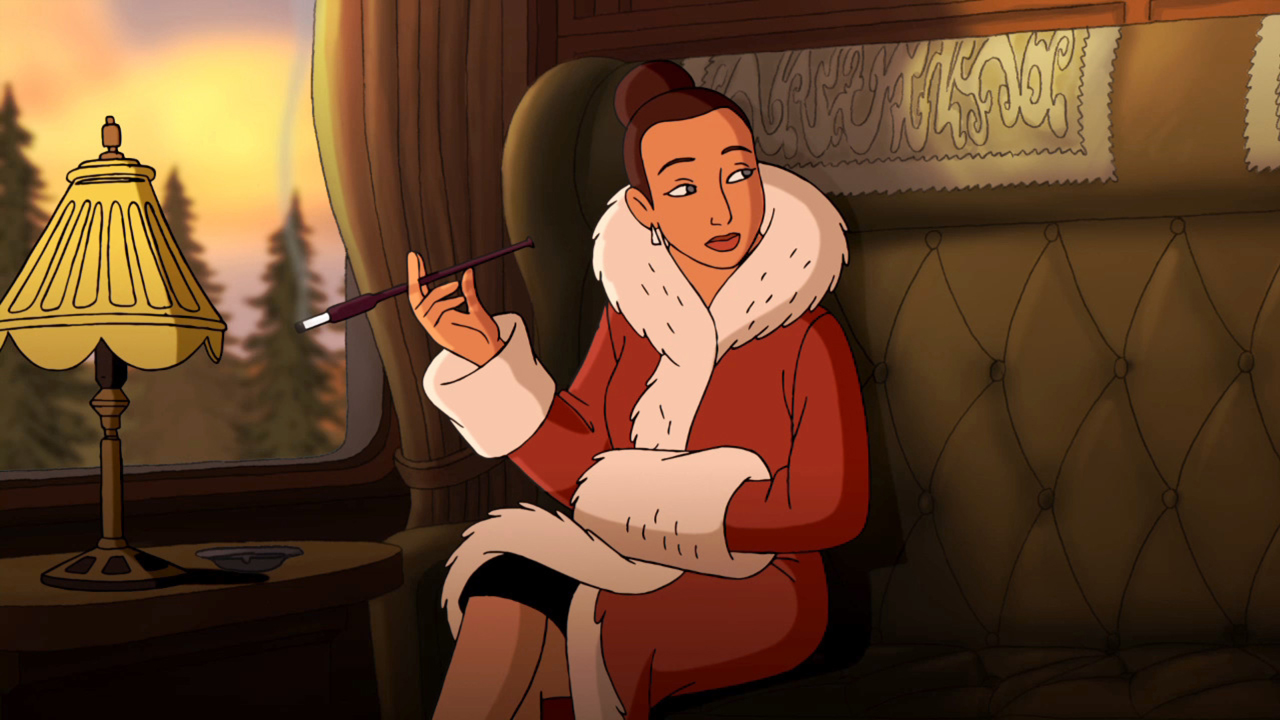